Bitcoin currency is becoming popular in major retail stores and many retailers are steadily embracing it, leading to alarming cases of fraud. Transaction done using Bitcoins are irreversible making it an easy breeding ground for fraud and theft. What makes it worse is that there is no overseeing for central authority or banks. Promoters are now taking advantage of these facts to scam unsuspecting individuals online and in chat rooms convincing them of a legit investment.

Here are some of the scams that Bitcoin is involved in:

These scams lure individuals with overwhelming promises of high interest rates whenever a deposit is made. What usually happens in Ponzi schemes is that previous investors are paid by funds generated by later investors. It is more of a pyramid scheme. The problem starts when new investors start getting few or even stop investing. Since there are no deposits, the scheme collapses with this process taking a couple of months tops before backfiring.
Those who joined earlier may benefit and those joining later may not get paid. Consequently, promoters now try to find new grounds to exploit. The price of Bitcoin keeps escalating because people think in the future it is going to worth a fortune. Whether it’s true or not is a matter of time.

Why is Bitcoin is Ponzi Scheme? Check this out.

This scam involves validating transactions for public ledger, commonly referred to as blockchains. Carrying out this process requires a very powerful computer equipment. Orders of equipment are paid for in advance but the goods are never delivered.

Bitcoin mining is complicated because Bitcoin currency is not literally mined. The logic behind it is that mining in this case refers to system used to come with Bitcoins. A miner is a person running a powerful computer that can run mining programs.

A Bitcoin wallet refers to a software program used to store Bitcoins, also known as digital wallet. This wallet is accessed by individuals who have private key (secret number) for addresses of persons who own the balance.

The wallet makes it necessary for a Bitcoin account owner to send and receive Bitcoins, and hence, giving the user ownership to balance. Bitcoin wallets are available in four forms: desktop, mobile, web, and hardware. Users in wallet scams attract their victims with the assurance of getting greater transaction anonymity.

BITCOIN The Biggest Scam In History? By Fabian4Liberty

This is done for a period of time and once deposits reach a certain level, the scammers transfer Bitcoins into their own wallets. The same is repeated to other unsuspecting users.

Users in this kind of scam promise to process credit cards with competitive rates compared to their competitors. After receiving payment, the fraudulent exchanges do not return the Bitcoin or the cash. Since a lot of transactions are carried out through credit cards, scammers take advantage of this to lure users with minimum interest rates to process the credit cards.

The Alarming Truth About Bitcoin Exchanges By Chris Dunn

Most of Bitcoin exchange scams are operating online. You need to be careful if you want to buy Bitcoins online. Usually they pop up and disappear and emerge later with a different domain name.

Another venue for exchange scams is PayPal. These exchanges sell Bitcoins for PayPal. You will be presented with a form to fill in your PayPal email and amount to sell. After submission, a QR code is presented where you can send your Bitcoin to but the money never arrives.

To avoid this online Bitcoin account scam, make sure that the web is HTTPS. This means that the website traffic is encrypted and secured. Don’t buy Bitcoins online if it’s only HTTP without the “S”; stay away for this is a red flag.

The social media is not left out. When using the social media, you may come across something like “Buy Bitcoins for 10% less the market price.”When you see it, steer clear out of this. These are tricks use to lure you into a scam where you sell your Bitcoin to fake exchanges.

Phishing refers to identity theft where scams create a website that seems to represent a certain legitimate company. In Bitcoin phishing, potential victims think that they are buying real Bitcoins from real sellers and end up submitting their personal information to the site. Next, they are told to login into their Bitcoin wallets using a link from the email sent to them. Upon doing this, the victims unknowingly give the phishers total control of their Bitcoin wallet.

Quick video review on phishing Scams of Bitcoin By What’s the Big Deal? 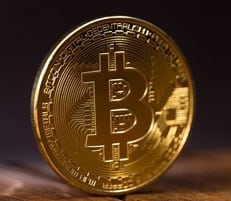 How to Avoid Bitcoin Scams

You need to investigate in detail the background of the Bitcoin related company. When you wish to transact using Bitcoins, look for their previous dealings for transparency. Any legitimate Bitcoin company will have their audit available for scrutiny. This open scrutiny will give you hints on whether the company will deliver or not. Look for Proof-of-reserves Cryptographic audit that shows publicly company Bitcoin holdings is also necessary. Also, use established forums like Reddit to provide a comprehensive and balanced perspective of the credibility of any Bitcoin-related company.

In any lucrative venture, scams and fakes will always emerge and try to milk from it illegally. Any deal that is too sweet and promises goodies is obviously a scam and can be noticed from a mile away. Bitcoins like any other cash transactions should be treated with respect and caution. Bitcoins have great value, when you lose them you may never get them back.

Here are few more topics that you shouldn’t miss:
Can I Make Money with Bitcoin?
Top Freelance Tools Every Freelancer Should Use
4 Best WordPress Rating Plugins

Join award-winning platform to learn digital marketing & receive all our future posts instantly in your inbox.
Join 2,145 other subscribers.